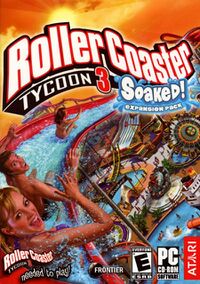 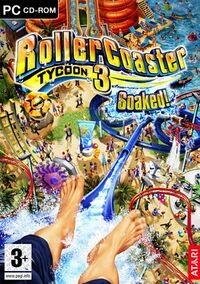 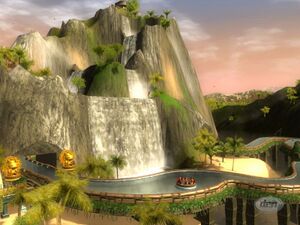 The biggest attraction introduced by the expansion pack is the ability to build swimming pools. Guests can swim in pools, use various pool accessories such as hot tubs and diving boards, and ride water slides. The water slides can only be entered from the pool, and empty into the pool, a first for the RollerCoaster Tycoon series.

Other water related rides were also included in the pack, such as the Roller-Soaker. The Hershey Company also played a part in the creation of the expansion pack, and the Hershey's Stormrunner was included in the game plus a 'Hershey's Chocolate Stall'

Retrieved from "https://rct.wiki/w/index.php?title=Soaked!&oldid=2860"
Categories:
Hidden category:
Cookies help us deliver our services. By using our services, you agree to our use of cookies.